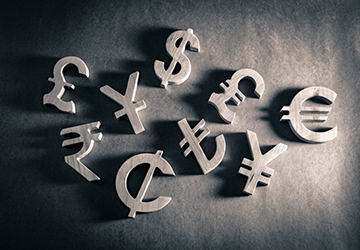 In recent years Bulgaria has become a very desirable destination for foreign investors.

According to a survey published in June 2018 by KPMG Bulgaria, the Bulgarian economy grew by 3.6% compared to the previous year and reached EUR 51 billion, as the fast grouth is based on the real estate, energy, outsourcing and IT sectors. It is believed that such a positive result can be attributed to the increasing investor’s confidence in the Bulgarian economy coupled with a rate of return on domestic investments exceeding that of other EU countries.
The legal frame of investments and economic activities of foreign entities in Bulgaria consists of both international and domestic rules. The main home legal sources regulating the investments and the economic activities of the foreign entities in Bulgaria are the Constitution of the Republic of Bulgaria and the Encouragement of Investments Act.
Bulgaria has also signed a number of multiparty and bilateral agreements in the area of foreign investments such as: the Convention for the Creation of an Agency for Multiparty Warrantees of the Investments, the Convention for Settlement of Investment Disputes between Countries and Citizens of Different Countries; the Constituent Contract of the International Financial Corporation; the Agreement for the creation of the World Trade Organization, as well as some bilateral contracts for mutual encouragement and protection of investments and Double Taxation Avoidance Agreements.

Article 19 of the Constitution of the Republic of Bulgaria outlines the key principles of the economic life in the country which are following:

Further general and special legal provisions regulating the investments and economic activity of the legal subjects can be also found in the Bulgarian Commercial Act, the Corporate Tax Act, the Income Tax for Individuals Act, the Accountancy Act , the Currency Act and others.

Foreign investment is each investment or an increase of the investment of a foreign entity or its branch specified in any of the following forms:

Foreign investments and economic activities of the foreign citizens and foreign legal entities in Bulgaria are protected by Article 19, paragraph 3 of the Constitution of the Republic of Bulgaria where is explicitly enacted that the protection of the investments and the economic activity of the Bulgarian and foreign citizens and legal entities, may be finally developed solely in an act of the ranking of a law but not in a by-law source. The protection principle is re-confirmed in Art. 1 of the Encouragement of Investments Act.
For the effective implementation of the principle for protection of the foreign investments the Bulgarian legislation anticipates a system of guarantees: provision of a national regime, provision of a regime of the most favoured nation, supremacy of the international law over the domestic law, protection against subsequent changes in the legislation, protection against the expropriation of the subject of the investment, a possibility for transfer of the income abroad ensuing from the investment, alleviated procedure for the settlement of investment disputes and others. This encourages the investors to trust the national legislation.
A very important role in the investment process and economic activities in Bulgaria plays the Bulgarian Investment Agency (BIA). BIA is an executive agency with the Minister of Economy and Energy, whose structure and functions is regulated in its structure regulations – Structure Regulations of the Bulgarian Investments Agency. BIA renders assistance to the Minister of Economy and Energy for the implementation of the state policy in the sphere of encouragement of investments by: