Jurisdiction of the Bulgarian Courts in matters of International Child Abduction 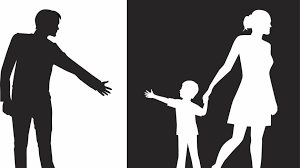 In today’s dynamic world people often, change places of living between different countries. Many spouses/partners decide to go and live in a different from their home country together with their children, due to work or any other reasons. Often people plan to spend in the new country a few months, but frequently happens to stay there for years.

However, because of one or another reason, the relationship between the spouses/partners can break down, and then one of them may decide to leave the country, where they habitually reside, work and live, and take the child with them back to their home country.  In such a case, if there is no particular agreement between the ex-spouses/partners for the child/children to be taken out of their country of habitual residence, this will be treated as child abduction under The Hague Convention on the Civil Aspects of International Child Abduction (HC).

It is important to know that, when there are no child arrangements in place, you will have to seek a formal permit to take the child out of the country, if you have not such, from the other parent of the child. This usually happens through the courts or any other designated for the purpose body, which differ in the different countries.

The Hague Convention on the Civil Aspects of International Child Abduction is the main international agreement that covers international parental child abduction. It provides a process through which a parent can seek to have their child returned to their home country.

The Convention also deals with issues of international child access. When a parent or guardian lives in a different country to the home country of their child, it may be difficult to get access to them.

The aim of the Convention is to protect children from the harmful effects of international abduction by a parent by encouraging the prompt return of abducted children to their country of habitual residence, and to organize or secure the effective rights of access to a child.

According to Art. 22a, para. 1 of the Bulgarian Child Protection Act, the application for the return of a child or for the exercise of the right to personal relations under the Hague Convention on the Civil Aspects of International Child Abduction (HC), drawn up in The Hague on 25 October 1980, shall be considered by the Sofia City Court in an open hearing, in which shall participate The Ministry of Justice or the individual, who made the request, the concerned parties, and a prosecutor.

With this provision, the legislator has ruled that the jurisdiction of the Sofia City Court is applicable in cases, where under the HC is requested the return of a child from Bulgaria to the country of its habitual residence. Under the Convention, the Contracting States have accepted that the judicial or administrative authority of the Contracting State, in which the child is present, should order his immediate return, when he is unlawfully transferred or detained in its territory – Art. 12, para. 1 of the HC.

In Art. 16 of the HC is stated that, after receiving the notice of illegal transfer or detention of a child within the meaning of Art. 3 of the HC, the judicial or administrative authorities of the Contracting State, in which the child has been transferred or detained, shall not consider the substance of the right to exercise parental responsibility, unless it is established that the child should not be returned under this convention or that no application has been made within a reasonable time after receipt of the information for the abduction.

Therefore, the HC has assigned jurisdiction to examine the application for the return of a child in an event of its unlawful abduction by the State of its habitual residence to the relevant judicial or administrative authority of the Contracting State in which the child is located. where it has been transferred or seized, and not to a judicial or administrative authority of the Contracting State from which it has been abducted. This idea is enshrined in other provisions of the HC – Art. 9, Art. 10, Art. 20 and Art. 21.

The jurisdiction of the judicial or administrative authorities of the Contracting State, where the child has been abducted, to examine the request for its return, shall be established with a view to enforcing the judicial or administrative act, ordering the child’s return. The enforcement of the order for returning the child to the country of its habitual residence will be carried out in the manner prescribed by the law of the state, whose judicial or administrative authority has ordered the return. The HC does not provide for a forcible return of a child to be ordered in the Contracting State, in which the child has its habitual residence, as it should be done by the authority in charge in the Contracting  State to which the child has been abducted.

On the other hand, if you are a parent, whose child is abducted from Bulgaria as a country of its habitual residence to another county by the other parent, you can initiate proceedings for the return of the child to Bulgaria under The Hague Convention on the Civil Aspects of International Child Abduction. The proceedings shall be initieted before the competent body to consider the case in this particular country, but only in case, this country is a Contracting State to the HC. The return proceedings could be initiated through the Ministry of Justice in Bulgaria, who will send your claim to the competent body in the country, where the child is unlawfully taken and detained by the other parent.

However, it is always advisable to seek a proper legal advice, when you are involved in a case regarding an international child abduction.